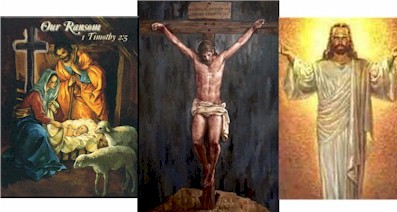 So significant is Jesus in man’s history that the Encyclopedia Britannica has 20,000 words in describing Jesus. His description took more space than was given to Aristotle, Cicero, Alexander, Julius Caesar, Buddha, Confucius, Mohammed or Napoleon Bonaparte. Why would there be so much material on a man who was never born? The Encyclopedia Britannica does not state as fact the crucifixion or resurrection of Jesus, but there is no doubt in this document regarding the validity of the Bible regarding there was a Jesus of Nazareth who was the founder of the Christian faith.

Here is a quote from the Encyclopedia Britannica concerning the testimony of the many independent secular accounts of Jesus of Nazareth:
These independent accounts prove that in ancient times even the opponents of Christianity never doubted the historicity of Jesus, which was disputed for the first time and on inadequate grounds by several authors at the end of the 18th, during the 19th, and at the beginning of the 20th centuries.

Can the Bible be Trusted?

Is the Bible Accurate