Why Seven Pairs of Clean Animals?
God specifically commanded Noah to take seven pairs of clean animals and only two pair of unclean animals. Notice that before the Law is given to man that God divides the animals into two classifications, clean an unclean-those that can be eaten and those that were not to be eaten. Thus, there was no need for additionally unclean animals because Noah and his family were not going to eat them. Why does God call some animals clean and others unclean. Nothing specifically in Scripture. But interestingly, most of the unclean animals are clearly scavengers, meat eaters, eating meat that can have toxins. So was this the start of something ceremonial or something more? Is it wise for man to stay away from or at least limit eating animals that are scavengers? You decide. This we do know, that after the flood men started living a longer time span when they went to omnivorous eating lifestyle.
Genesis 7:1-3
Then the Lord said to Noah, “Come into the ark, you and all your household, because I have seen that you are righteous before Me in this generation. 2 You shall take with you seven each of every clean animal, a male and his female; two each of animals that are unclean, a male and his female; 3 also seven each of birds of the air, male and female, to keep the species alive on the face of all the earth.

Every Living Thing Destroyed in the Flood
It is clear in Scripture that whatever was in the ark was totally destroyed. If every living thing was destroyed on earth this had to be a worldwide flood. It should also be noted that in a worldwide tribulation God can certainly protect His chosen from His wrath. It is true that the wrath of God will never fall upon His chosen people, thus it is also true that God allow His people to be on earth while He pours out His wrath.

Genesis 7:23-24
23 So He destroyed all living things which were on the face of the ground: both man and cattle, creeping thing and bird of the air. They were destroyed from the earth. Only Noah and those who were with him in the ark remained alive. 24 And the waters prevailed on the earth one hundred and fifty days.

What Animals Were on the Ark?
The Bible does not give the specifics, but it appears that every animal that was on earth on the time was in the ark. Most Creation Scientists state every genus was represented but not necessarily every species. Also, be aware in regards to size it could have been younger/smaller animals in the ark.

Genesis 8:19
Every animal, every creeping thing, every bird, and whatever creeps on the earth, according to their families, went out of the ark.

Noah Worships God
Notice that as soon as Noah is off the ark he makes a sacrifice. Another reason why there needed to be more than one pair of animals.

Genesis 8:20-21
20 Then Noah built an altar to the Lord, and took of every clean animal and of every clean bird, and offered burnt offerings on the altar. 21 And the Lord smelled a soothing aroma. Then the Lord said in His heart, “I will never again curse the ground for man’s sake, although the imagination of man’s heart is evil from his youth; nor will I again destroy every living thing as I have done.

Every Moving Thing is Food
Hmm, it clearly says every moving thing is food. That would certainly seem like the clean and unclean. But there were seven pairs of clean and two pairs of unclean. When the law was given later in time, the Israelites were not to eat any unclean animal. Maybe, only speculation, unclean animals were never considered food, thus the statement ‘every moving thing is food’ only applies to what God calls food. At least something to think about.

Genesis 9: 3
Every moving thing that lives shall be food for you. I have given you all things, even as the green herbs.

The Rainbow
Scientifically we understand the concept of prisms, the spectrum of light and that when light hits clouds/rain etc it creates a rainbow. Just plain science, nothing spiritual. However, can it not be that these scientific facts are facts because God is behind the facts? In other words, God determined the conditions that would make a rainbow, the law of gravity, etc.

Noah Gets Drunk
Notice there had to be alcohol in the wine or he could not get drunk. Notice the passage does not give any hint if getting drunk is sin or not. However, notice the consequence of getting drunk. Was Noah no longer a righteous man because he got drunk, possibly sinned? Clearly not because Hebrews 11:7 still calls him righteous. Righteous because he walked in faith, not in perfection. Only Jesus is righteous. We become righteous by our faith in Christ.

Genesis 9:20-23
20 And Noah began to be a farmer, and he planted a vineyard. 21 Then he drank of the wine and was drunk, and became uncovered in his tent. 22 And Ham, the father of Canaan, saw the nakedness of his father, and told his two brothers outside. 23 But Shem and Japheth took a garment, laid it on both their shoulders, and went backward and covered the nakedness of their father. Their faces were turned away, and they did not see their father’s nakedness.

Hebrews 11:7
By faith Noah, when he was warned about things not yet seen, with reverent regard constructed an ark for the deliverance of his family. Through faith he condemned the world and became an heir of the righteousness that comes by faith.

Genealogy of Noah
It is clear from Scripture that it states after the flood all of the nations on earth came from the bloodline of Noah. How can that be? How can it be there is a worldwide flood that destroyed all living things on earth? How can it be that God created the heavens and the earth and man? Either you believe ALL of the Bible by faith, or you do not.

Genesis 10:32
These were the families of the sons of Noah, according to their generations, in their nations; and from these the nations were divided on the earth after the flood.

Jesus Fulfills Prophecy
Jesus birth fulfilled prophecy, Jesus departing to Galilee fulfills prophecy. Fact-Jesus fulfilled more than 324 prophecies. The odds of Jesus fulfilling 48 of the messianic prophecies is one in (10 followed by 157 zeros)! How Many Prophecies Did Jesus Fulfill? — FIRM Israel One of many reasons why the Bible can be trusted.

Matthew 4: 12-14
12 Now when Jesus heard that John had been put in prison, He departed to Galilee. 13 And leaving Nazareth, He came and dwelt in Capernaum, which is by the sea, in the regions of Zebulun and Naphtali, 14 that it might be fulfilled which was spoken by Isaiah the prophet, saying:

Jesus Starts Calling Individuals to be Disciples
Notice the first four disciples are fishermen. They would be overall uneducated men. They were laborers. God puts a calling on whosoever he chooses. Notice that they immediately followed. If God puts a call in our life, we are to trust and obey.

Matthew 4:18-21
18 And Jesus, walking by the Sea of Galilee, saw two brothers, Simon called Peter, and Andrew his brother, casting a net into the sea; for they were fishermen. 19 Then He said to them, “Follow Me, and I will make you fishers of men.” 20 They immediately left their nets and followed Him. 21 Going on from there, He saw two other brothers, James the son of Zebedee, and John his brother, in the boat with Zebedee their father, mending their nets. He called them, 22 and immediately they left the boat and their father, and followed Him.

Jesus Heals ALL Kinds of Diseases
Jesus heals people of all kinds of sickness and disease and heals those who are tormented or demon-possessed. He healed them ALL. Clearly, He healed them out of His mercy, not because they were special people. No matter what kind of sickness, disease, emotional or spiritual torment you have Jesus can heal you.

Matthew 4:23-24
23 And Jesus went about all Galilee, teach ng in their synagogues, preaching the gospel of the kingdom, and healing all kinds of sickness and all kinds of disease among the people. 24 Then His fame went throughout all Syria; and they brought to Him all sick people who were afflicted with various diseases and torments, and those who were demon-possessed, epileptics, and paralytics; and He healed them.

God Hears Us
When we call out to God we can be assured He hears us.

Psalm 4:1-3
Answer me when I call, God of my righteousness!
You have me in my distress;
Be gracious to me and hear my prayer.
2 You sons of man, how long will my honor be treated as an insult?
How long will you love what is worthless and strive for a lie? Selah
3 But know that the Lord has set apart the godly person for Himself;
The Lord hears when I call to Him.

Do not Sin When Trouble Comes
Cry out to God, meditate on God, trust in God when trouble comes your way.

Psalm 4:4-5
4 Tremble, and do not sin;
Meditate in your heart upon your bed, and be still. Selah
5 Offer the sacrifices of righteousness,
And trust in the Lord.

Proverbs 1:20-23
20 Wisdom shouts in the street,
She raises her voice in the public square;
21 At the head of the noisy streets she cries out;
At the entrance of the gates in the city she declares her sayings:
22 “How long, you naive ones, will you love simplistic thinking?
And how long will scoffers delight themselves in scoffing
And fools hate knowledge?
23 Turn to my rebuke,
Behold, I will pour out my spirit on you;
I will make my words known to you. 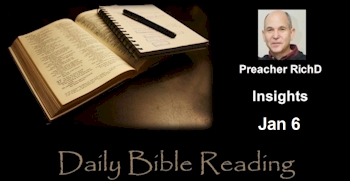 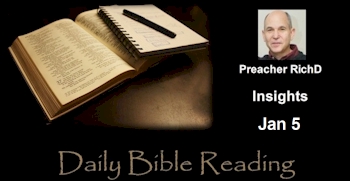